Pomegranate : The Fruit with A Lot Of Beneficial Effects.

Pomegranate is one of the healthiest foods on earth. It contains a range of beneficial effects on our human body that is unrivalled by the other fruits. Fresh juice does not have to be green or full of spinach to be healthy. Pomegranate juice contains more than hundreds of phytochemicals. This particular fruit was used for a thousand years as medicine. Punicagranatum is a deciduous shrub from the family of Lythraceae. The trees grow between 5 to 10 meter tall.

This fruit grows in the northern hemisphere in September to February and in March to May in the southern hemisphere. The fruits are used for different purposes like baking, cooking, juice blends, smoothies and more. It is also used to produce wine.

Here are some health benefits of pomegranate Juice:

Pomegranates are loaded with a lot of nutrients:

Pomegranate pack two unique substances that are responsible for the crucial health benefits of it. These are:

It Has Massive Anti-inflammatory Effects:

Chronic inflammation is on its way to disappearing for people who have pomegranate almost regularly. It is one of the leading drivers of many of the serious diseases. Chronic inflammation triggers heart diseases, cancer, type 2 diabetes, Alzheimer’s and even obesity. Pomegranates have some potent inflammatory properties. The properties that are largely mediated by the antioxidant properties of punicalagin.

The test tubes studies have shown that it can reduce the inflammatory effects in the digestive tract as well as in different cancer cells. a 12-week study on diabetic people has shown that 1.1 cups of this pomegranate juice every day has lowered the inflammatory markers in the study subjects. If you are interested in reducing the inflammation in your body, it is an excellent addition to your diet.

It May Help You To Fight Prostate Cancer :

prostate cancer is a common type of cancer in men. The laboratory studies suggest that the pomegranate extract may help to slow the cancer cell reproduction process, and it can also induce apoptosis, cell deaths in cancer cells. The Prostate Specific Antigen is a blood marker to measure the severity of the disease.

Those men who have a double PSA level in a short period have an increased risk of death from prostate cancer. Eight ounces of pomegranate juice per day increase the doubling time from 15 months to 54 months, which surely is a monumental increase. A study has found similar results using the type of pomegranate extract called POMx.

Not only in men but pomegranate also help to cure women-specific cancer type too. Just like in the case of prostate cancer, pomegranate in breast cancer can inhibit the cancer cells(1) (2) (3). it also kills some of the seeds. However, it is still based on lab researches.

High blood pressure is one of the leading reasons for heart attacks and strokes. In a study, people suffering from hypertension were given five ounces of pomegranate juice for two weeks(3).

A lot of other studies have found similar effects, especially for systolic blood pressure. It is a higher number in a blood pressure reading(4)(5). Regular intake of pomegranate juice has shown properties to lower blood pressure in a patient with hypertension in between two weeks.

Pomegranate may help to fight against arthritis and joint pain

Arthritis is a very common problem in western countries. There are a lot of different types of arthritis, but most of the people mainly suffer from joint pain. As the plant compounds in pomegranate have anti-inflammatory effects, and thus, it makes sense that it may help you with arthritis problems.

Laboratory studies on this topic suggest that Pomegranate juice can block the enzymes that might be the main cause of osteoarthritis. This exact study has proved the efficiency to cure arthritis pain in mice. However, pieces of evidence from human-based researches are still far away. Studies in animals and isolated cells has proved pomegranate’s efficiency against arthritis.

It might lower the risk of your heart diseases

Heart diseases are one of the most common causes of premature deaths worldwide. Many factors can drive this complicated disease. Punicic acid, which is the main fatty acid in pomegranate arils, may help you to protect from several heart diseases(6). A four-week study in 51 participants with high triglyceride showed that the 800 milligrams of pomegranate seed oil per day has significantly lowered the triglyceride and it has improved the triglyceride HDL ratio .

Another study has looked for the effects of pomegranate juice with type 2 diabetic patients has significantly noted reduction n the bad cholesterol and some other improvements. Pomegranate juice has also shown its efficiency in both human and animal studies that it helps us to protect the LDL cholesterol particles from oxidation. This is one of the initial steps to keep your heart healthy and in shape.

Pomegranate juice may help you to treat Erectile Dysfunction

Oxidative damage can impair blood flow in all of the body parts. And when we said all, it also includes the erectile tissues too. Pomegranate juice has shown increased blood flow and erectile response in rabbits(7). A study with 53 men with erectile dysfunction has shown that pomegranate has some beneficial effects(8). Although it is not statistically significant. Pomegranate juice can be linked in to reduce the symptoms of erectile dysfunction, but we still need more research to be confirmed.

The compounds found in pomegranate can be helpful to fight against different microorganisms. For example, pomegranate has proved its efficiency to combat against some limited bacteria and some yeast like Candida Albicans.

The antibacterial and the antifungal effects of a pomegranate can protect against oral infections and oral inflammation too(9). Such conditions include gingivitis, periodontics, and denture stomatitis. The antiviral and antibacterial properties which are present in pomegranate might be useful for common gum disease and other yeast infection.

Pomegranate may help in improving memory

There are some pieces of evidence that pomegranate can improve memory. One study with the surgical patients has found that two grams of pomegranate extract help the patients with their deficit memory after surgery.

Another study with older adults has found that 8 ounces of pomegranate juice every day has improved the markers of visual and verbal memory in all the 28 older adults involved in the study. Studies with mice have also found that pomegranate can treat Alzheimer’s disease well too(10). These pieces of evidence are signaling that it may be good with these patients, but we still need more researches to confirm it.

It may help to improve exercise performances

Pomegranate is rich in dietary nitrates, which have shown great effects in exercise performances and movements. A study with 19 athletes who were running on a treadmill has shown that only one gram of pomegranate extracts thirty minutes before starting up the exercise significantly enhanced the flow of the blood(11). It increases the blood flow by delaying the fatigue, and that helps to boost up the energy level when you are exercising. More studies are needed on this topic too.

Pomegranate juice can help to reduce inflammation, and it can improve your gut health. it also helps us to improve our digestion. It may be beneficial for people who are suffering from Crohn’s disease, ulcerative coins and some other inflammatory bowel diseases. Although there are some conflicts of beliefs, research has shown where pomegranate juice makesdiarrhea. Therefore, a lot of doctors, ask the patients not to have the juice until and unless you start feeling better, and the symptoms of the disease have subsided or vanished.

Pomegranate Fruit Is Rich With Vitamins

In addition to Vitamin C and Vitamin E, the pomegranate juice is a great source of folate, potassium and Vitamin K. The rich range of vitamins and minerals that we can get benefits out of it. No matter whether you have decided to add this juice to your daily diet or you have a sip of it every time. However, always check the level. Check this once to be sure that the juice is hundred per cent fresh pomegranate juice and there is no added sugar in it. Or at least the juice is fresh.

Two studies from 2014 and 2015 have shown that pomegranate consumption has a preventive effect on bone loss of mice. The fantastic vitamins and minerals do have an amazing effect of preventing our bones from weakening. However, this is just an assumption based on animal studies. The human trial is still not done.

With the increasing age and the type of lifestyle we live, the artery walls become harder as cholesterol trouble them. it results in blocked arteries sometimes. The antioxidant properties prevent bad cholesterol from oxidizing. Eating pomegranates helps to remove the excess fat and helps to prevent the hardening of the artery walls. Thus, pomegranates help to fight against atherosclerosis.

It acts as an oxygen mask

Pomegranates pumps the oxygen in our blood due to antioxidants present in pomegranates it helps to fight us against the free radicals. It also reduces bad cholesterol, and it prevents blood clot. This helps to make the blood flow smoother and improves the level of oxygen in our body.

Does it interact with any other medication?

There are some reports of pomegranate and the juice reacting with some of the medications. Including those high blood pressure and statins. Thus, we recommend checking your GP always before the consumption of pomegranate or the juice while taking any prescribed medicines.

There are a lot of health benefits of pomegranates and the juice of it. Most of them have mentioned in this article, and still, we could not include all in the list. This is a miraculous fruit. 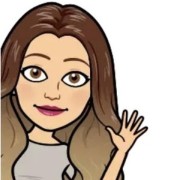 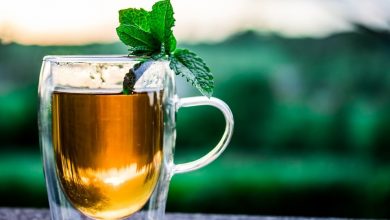 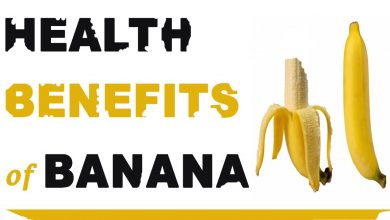 The benefits of Banana 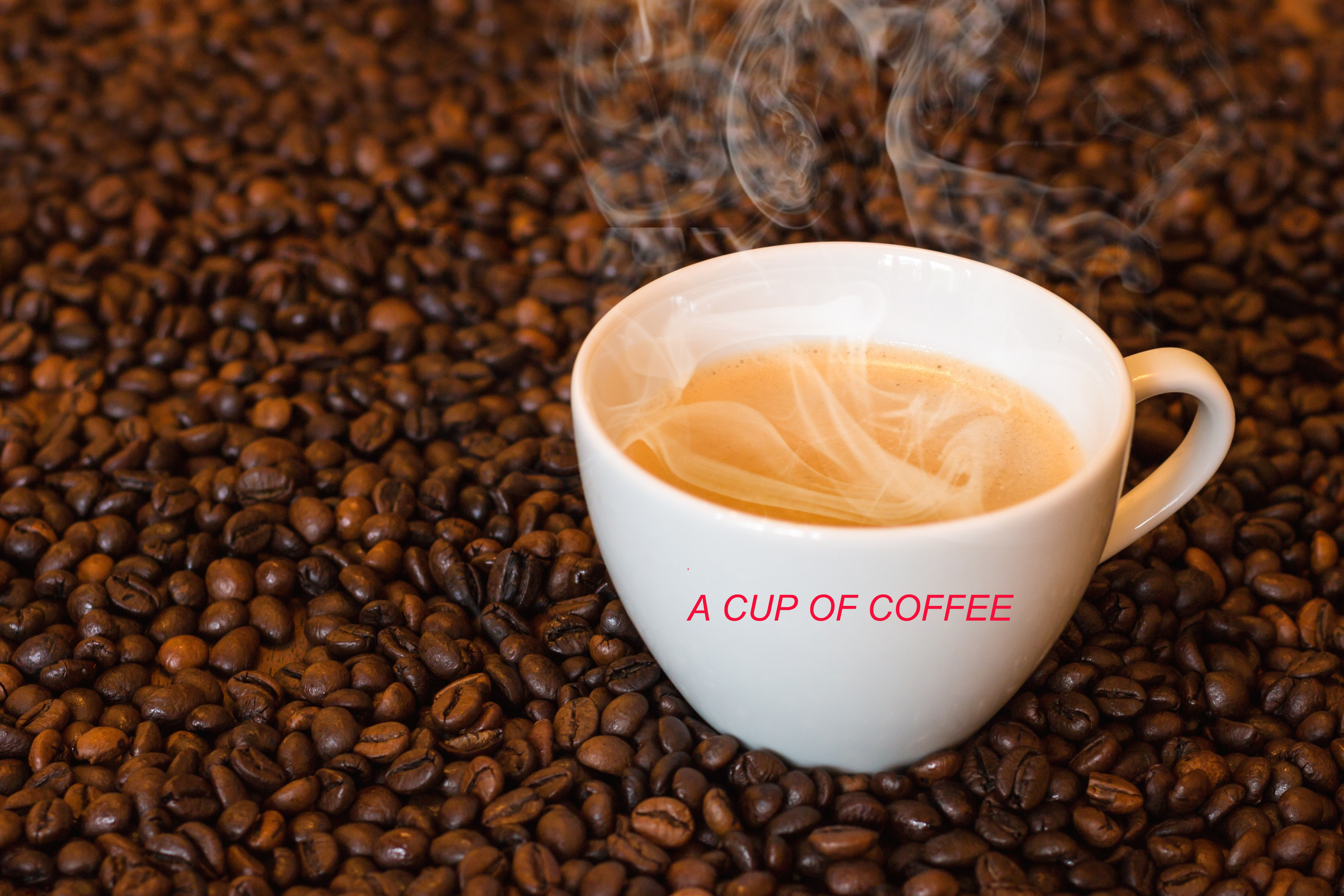 Coffee and everything that comes with it 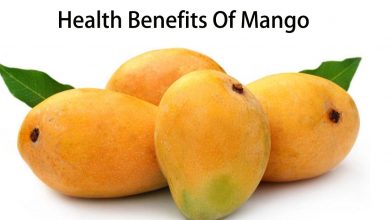